Should You Move In Together? 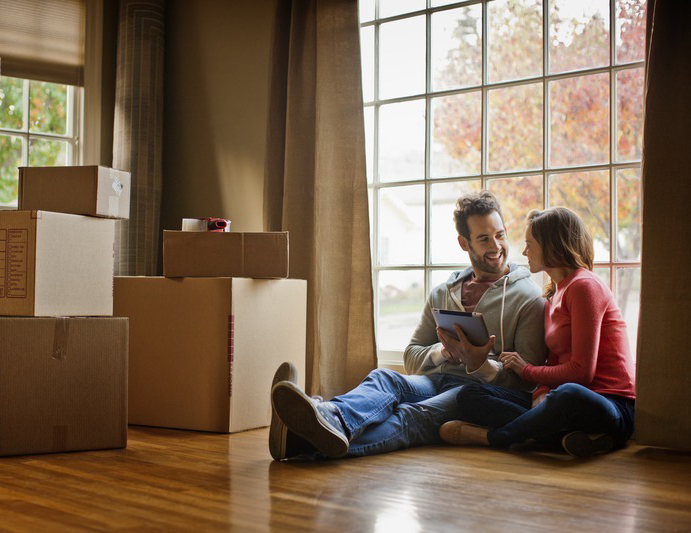 Earlier this week, I received some interesting news from one of my clients and his fabulous leggy blonde counterpart, whom I introduced him to (a mere  two months ago). They called to tell me that she was giving up her lease next month to move into his swanky Tribeca triplex. And I'm very happy for them. To be quite honest, they are extremely lovely together and are exclusive and committed.

And yet, I'm still finding that what I really want to ask them is, "Isn't it a little... soon?" When it comes to moving in, what is too soon?

In my experience with friends and clients, couples who move in together too quickly have about a 50% survival rate. My antidote? Wait at least a year before signing the lease on his and hers sinks and take a healthy dose of honest communication before handing over your keys.  Yes, of course; As with anything in life, there are no absolutes and there are always exceptions. (We've all heard stories of a friend of a friend who hopped into bed on the first date, was engaged by week two and has been living in marital bliss with her honey ever since). Great for them, that's wonderful. But for the rest of us, we live with a different reality.

So let's keep our heads on straight and consider this quick list before making any drastic decisions.

Check to see what applies to you.

You've dated for at least a year. You know each other WELL ENOUGH.

You've survived some major disagreements already, and worked through them together for real resolutions.

Your relationship is heading towards something long-term and/or has marriage potential. I always recommend being engaged before you decide to move in. However, for those not marriage-minded, at least be sure you're both in it for the long run.

You have discussed your expectations about this important move openly and honestly. This means talking about everything, even the tough stuff, including; your money and finances -- who will pitch in for what? What will be separate? Chores -- who's on dishwasher duty and who's walking the dog? How you will be maintaining personal space or privacy? What exactly does moving in together mean for both of you and your future expectations? Hash it out now folks so there's no misunderstanding. If you're not comfortable enough to have all of these items be a part of your candid conversation before moving in, then you certainly should NOT be moving in together. Avoiding these important conversations usually that guarantees at least one of you will end up hurt (and homeless) later.

Signs you're not ready to move in:

You want to save on rent.

You think it would be really cute to finally test out your cooking skills and play 'wife,' which is what you always wanted to be. Only you're not married. Or engaged. Yet you think this will lead to convincing him to take that step with you.

You hate being alone. I think this one is really important and should have its own paragraph. Many people dread coming home to any empty house so much that they are eager to move in with literally every person they date. This inevitably ends in heartbreak. If you find yourself too frequently in and out of living spaces as often as you are with your relationships, enforce a one year of living alone policy. Once you've learned to love living on your own while simultaneously having a great boyfriend with his own place, it will take someone really special to convince you to give up that independence later. Shacking up should be reserved for that. If all you want is companionship, adopt a puppy -- don't keep adopting a live in boyfriend.

You are still in the 'honeymoon phase' (anything less than 1 year).
You haven't spent much time at his place much, nor he yours. Test things out and spend at least half the time staying at the other's place over at least a few months' time before moving in.

You are feeling 'pressured to move in' or your reasons are 'it's the right thing to do.'

You haven't had the honest conversation covered in the section above about expectations.

How to Get the Guy You Want!

Get Amy's Tips on iTunes!